Five Trends in Blockchain Investment and Applications in the Energy Industry

Blockchain technology is on the rise.  Reports indicate that over $4 billion has been invested in blockchain startups in 2017 alone, and the general consensus is that the technology, coupled with smart contracts, has significant implications for a wide range of industries, with the potential to revolutionize how we manage and share data, streamline transactions, and reduce the costs of doing business. Although blockchain technology is still most commonly associated with crypto currencies (Bitcoin) and financial transactions, it also has widespread applications in the energy sector, particularly with respect to the integration of renewables, energy storage, and electric vehicles.  We see the top five trends in the development of blockchain technology for the renewable energy space to be the following.

The rise of blockchain has provided new avenues for investing in renewable energy.  Using blockchain, companies are creating platforms through which investors can seamlessly invest in and promote renewable energy development around the world.  Some of these platforms allow investors to purchase a share of actual projects (similar to crowd-funding), while others sell tokens entitling the investors to a portion of project profits (similar to an investment fund).  Low transaction costs and real-time settlement allow these blockchain platforms to facilitate micro-transactions, and the blockchain software provides a secure, trustless architecture that is accessible to interested investors, regardless of their geographic location. 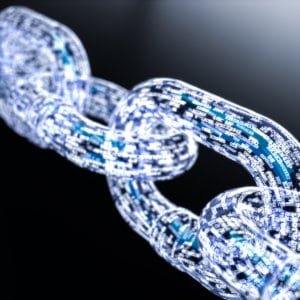 While many of these platforms are still under development, a few are already operational.  For example, the Sun Exchange has established a blockchain-powered marketplace that allows investors from all over the world to purchase interests in solar panels, which are then leased to projects in Africa.  Similar to conventional crowd-funding, investors can purchase shares of solar cells (using either local currency or Bitcoin) required to develop a project, and their ownership interests are recorded on Sun Exchange’s blockchain platform.  Once a project is funded, the solar panels are leased to the host facility, and the solar panel owners receive rental income through the blockchain-powered payment system.  According to the company’s website, Sun Exchange has already successfully funded four projects in South Africa.

Blockchain’s ability to facilitate real time, peer-to-peer micro-transactions also has significant implications for distributed energy resources and transactive energy.  The basic premise is to use a blockchain-powered network, coupled with smart technology like smart meters or smart inverters, to create a secure, peer-to-peer marketplace where consumers can monitor their energy consumption, respond to favorable price signals, and sell excess energy produced by rooftop solar arrays.

The most commonly cited peer-to-peer application in the United States is the Brooklyn Microgrid, which aims to allow neighbors in Brooklyn to buy and sell energy generated from participants’ residential rooftop solar arrays, without the need for a central, third-party market operator.  Similar pilots are also emerging internationally, however, with blockchain-powered microgrid projects under development in Australia, England, and India.

Along with peer-to-peer energy sales, numerous blockchain-powered platforms are also being developed to facilitate peer-to-peer electric vehicle (“EV”) charging.  In California, startups like eMotorWerks and the Oxygen Initiative have launched networks to enable owners of EV charging stations to grant access to other EV owners and charge them for charging station privileges (think AirBnB for EVs).  Blockchain technology enables these platforms by allowing users to share pricing information and engage in real-time transactions in a secure, peer-to-peer environment.  Notably, development in this space is not limited to energy startups.  In Germany, one major utility has deployed a set of EV charging stations powered by a blockchain network that will allow users to purchase charging time through a blockchain-powered marketplace.

Along with EV charging, traditional utilities are also exploring the use of blockchain for many other applications, including utility billing, grid management, and energy trading.  To date, utility acceptance has been more prevalent in Europe and Asia, where utilities have already begun developing or testing a variety of blockchain-based pilots, including programs in the Netherlands and Germany designed to facilitate renewables (and EV) integration and promote grid stability, and a program in Japan to explore the viability of peer-to-peer energy transactions.  Although United States utilities have thus far been slower to publically embrace blockchain, momentum is growing.  Leading the charge is the Rocky Mountain Institute, which, together with a number of utilities, launched the Energy Web Foundation (“EWF”), a nonprofit organization formed to “accelerate the commercial deployment of blockchain technology in the energy sector.”  Along with exploring specific utility use cases for blockchain, EWF is also developing an open-source, energy-specific blockchain platform designed specifically to support energy applications.  EWF hopes its platform will become the standard platform for energy-specific blockchain networks.

One of the challenges in the energy sector’s wide-scale implementation of blockchain technology is the need for interoperability across different blockchain platforms and the standardization of smart contracts.  To date, energy blockchain applications have been developed using a wide range of blockchain platforms, including popular “mainstream” platforms such as Ethereum and Hyperledger, as well as with custom blockchain solutions developed for a specific use case.  Because each of these platforms functions differently and may contain a different ruleset, the industry faces the challenge of how to share information across multiple blockchain networks, each with its own set of standards and protocols.

The need for standardization is one of the driving factors behind the development of the EWF blockchain, which aims to be the go-to blockchain for energy applications.  Blockchain companies are also coming together, however, to develop standards that could be applied across different blockchain platforms to ensure interoperability.  In September, the Trusted IoT Alliance was formed to align companies to develop standards to support “internet of things” technology with the goal of removing barriers to wide scale adoption of blockchain technology.

Finally, despite its relatively nascent stage, blockchain technology and its implications for the energy industry have already received a substantial amount of attention from legislators and government agencies.  Just last month, the Department of Energy selected several firms to receive a multi-million dollar grant to develop and enhance the security of blockchain technology specifically for energy grid applications, with a particular focus on distributed energy resources.  And, earlier this year, the state of Illinois announced that it was studying the development of a renewable energy credit marketplace as part of its state blockchain initiative.

Outside of the United States, several countries have already established “regulatory sandboxes” to allow companies to experiment with blockchain applications and other cutting-edge technologies without the need to comply with stringent energy-related regulations.  In June, Singapore’s Energy Market Authority outlined the framework for creating a regulatory sandbox to allow developers to test “innovative energy solutions” in a relaxed legal and regulatory environment.  A similar initiative was announced by the UK’s Office of Gas and Electricity Markets last February, and led to the testing of a blockchain-based peer-to-peer energy trading platform.  The success of the sandbox prompted OFGEM to announce a second regulatory sandbox last month, and to hold a roundtable to share information on how blockchain technology is being applied in the energy sector.

Interested in learning more about blockchain as it related to energy? Sign up for Blockchain Energizer, a biweekly newsletter highlighting recent blockchain developments in the energy space.