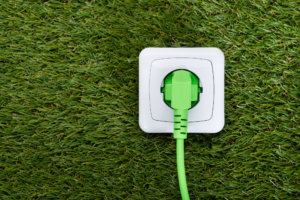 California has set very ambitious goals for converting its energy supply to renewables. In a bill that is currently being discussed in the State Legislature, SB-100, California would officially establish the goal of reaching 100% renewable energy consumption by 2045. In addition to SB-100 being discussed in the State Capital, on September 8, 2016, Governor Jerry Brown signed into law SB-32, which commits the State of California to reducing greenhouse gas emissions to 40% below 1990 levels by the year 2030. While California’s emissions peaked in 2009 and have shown stable (if incremental) reductions over the past 7 years, there still is a great deal of work required to attain Governor Brown’s ambitious target.

While many believe that both pieces of legislation have obvious merit, there remain many challenges to attaining such lofty targets. One of the biggest issues with these goals is the inability of utility providers to balance the various intermittent power sources available that can produce renewable energy. Wind only blows a limited percentage of the time and solar only provides electricity when the sun is shining. Even hydropower is subject to droughts and variable rainfall. How then is a utility supposed to provide consistent and reliable power every day, to everyone, when any, or all, of these energy sources may or may not be available? Historically, the answer to that question has been power plants that run on storable fuels such as coal, natural gas, or other fossil fuels. So, the question becomes: how does California bridge the gap between a 100% renewable energy future and the current system that relies on more than two thirds of its energy coming from fossil fuels?
Is there a way California can solve both problems with currently accessible technology? The answer may surprisingly be yes, and the solution may come from a place very few expected.

Some Brief Facts about Trash:

Hidden within that organic waste is an enormous amount of chemical energy. There are a number of ways that this energy can be captured, but the primary two are:

Each of these methods, when done correctly, yields a storable fuel source. In the case of anaerobic digestion, the storable fuel is methane, which most in the industry would call Biogas. Biogas is equivalent to natural gas depending on the purity and concentration levels reached. The second method, called fermentation, yields ethanol. Ethanol is a type of alcohol, and many might know it as grain alcohol, or moonshine. Both of these fuels can be used combusted in generators to generate electricity.
Through either of these methods, a fuel source, that can be stored for later use, can be derived from something that society pays to store in landfills. Additionally, if California were to utilize organic waste to create energy, it would reduce its landfill content by close to 30% and would capture the methane emitted by the decaying waste,. Utilizing this approach would yield the following benefits:

Additionally, because these fuels can be stored, they don’t have to be used right away. That allows electricity to be consumed in a few different ways:

A typical business could use electrical generators powered by either of these 100% renewable fuels, while not taking up massive roof space, or building intensive carport structures to support solar panels. Additionally, unlike solar, because the business can store the ethanol or methane on site, it can essentially run “off-grid” in the case of a power outage. As long as the business had a large enough fuel tank or regular deliveries, it could run off-grid indefinitely. Lastly, if the business sized its generator for extra capacity, it could deliver additional energy back to the grid. If the business were to send power back to the grid, it could program the generator to wait until energy demand peaked (and corresponding energy prices are at their maximum) before transmitting that power onto the grid. In this way, the business could achieve the highest rate of return on its investment.

If a utility placed a small 1-10 MW generator at each of their substations, they could create mini-Peaker Plants (Peaker Plants are power plants that are typically operated only during extreme electrical load peaks) and could fill in the gaps when renewable energy sources are not providing sufficient electricity.

By doing so, the utilities would get the best of both worlds. They could add significant amounts of additional load capacity to the grid, while maintaining the 100% renewable energy mandate. Additionally, this new load capacity would not be intermittent in nature and would be entirely under the utility’s control.

The only issue not addressed by ethanol/methane driven generators, is the problem of “over production”. Due to the intermittent nature of most renewable energy technologies, it’s not known if they will all be on, some will be on, or they may all be off from day to day.
Given the substantial amount of new solar and wind generation added to California’s grid over the past 10 years, there are times when both solar and wind are producing at their maximums across the state and the grid does not have the corresponding load requirements to use all of that energy. During these times (which are not very common) utilities will ask some of their heaviest usage customers to take some of this additional load if they can. As more renewables get added to the grid, this problem will only worsen. To achieve a goal of 100% renewable energy, utilities will still need to add battery capacity to the grid to balance load and energy production. This is one area where a waste to energy solution will not be an effective solution. Waste to energy is a “supply side” only solution, and can’t be used to add demand to the grid in times of over production. That being said, figuring out ways to add a 100% renewable energy source (derived from waste) to California’s energy mix could be a huge benefit to the grid, to the climate, and to businesses and other users of electricity.

Solar Securitizations: What Can C&I Learn From Residential?

Guest Blog By: Molly Suda and Ben Tejblum of K&L Gates  Blockchain technology is on the rise.  Reports indicate that…