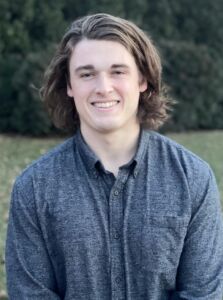 Matt, or as tenured SCF employee Steve Campbell nicknamed him, “The Midwest Monster,” was indeed born, raised, and currently resides in Central IL. A graduate of Millikin University, Matt played 4 years for the football team, earning captain status for two of those seasons and being named a Google Cloud Academic All-American 2nd Team in 2018. He was also heavily involved in student groups like the Tabor Advisory Council & the Student Athlete Advisory Committee.

Matt spent time interning in the insurance & non-profit industries before his third college internship led him to SCF. Matt eventually worked with SCF from January 2020 – April 2021 before leaving and rejoining the team in January of 2022. He serves as a Project Analyst amongst the Origination & Acquisitions team.

When not working you can find Matt exercising, watching sports, or spending quality time with loved ones.