Mergers & Acquisitions in C&I: The Major Traps and How to Avoid Them

Home News Mergers & Acquisitions in C&I: The Major Traps and How to Avoid Them
  
By DV Patel News Solar News May 16, 2017

Mergers and Acquisitions (M&A) are a vital component of the solar industry. This series will focus on the major traps in M&A, from a C&I buyer’s perspective.

The solar industry is all grown up. Mergers and Acquisitions (M&A) activity has increased gradually over the past few years, with 2016 highlighted by Tesla’s SolarCity merger. Recent industry acquisitions include module manufacturers, installers, and utilities. On a granular scale, individual projects or portfolios are acquired frequently, typically without the fanfare of larger acquisitions. SCF, a C&I Buyer, specializes in acquiring development assets, or project companies owning them.

SCF works with a fantastic group of developers (Sellers) that understand SCF’s standard processes; this allows for smoother transactions. Both parties must be cognizant of their obligations, disclose all vital information, and maintain updated data. Deals won’t close if one party simply doesn’t understand its role and obligations in the transaction. 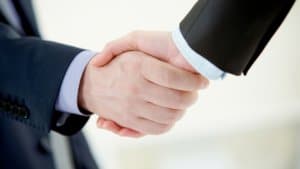 How does a Buyer remain protected? On the topic of indemnity, it’s important to get comfortable with the credit of your counter party. Indemnity sounds great on paper, but oftentimes doesn’t carry weight if there isn’t a balance sheet behind it. With regards to default and remedies, it’s great to have collateral as an option. In SCF’s world, we often acquire several project companies within a transaction. If so, cross-collateralizing the assets and having set-off rights can be very convenient.  To assist in these efforts, SCF provides its Sellers with a form MIPA, drafted to protect both the Seller and Buyer, with clear roles and responsibilities.

From a Seller’s perspective, this could be a worst case scenario. SCF assists its Sellers, prior to close, with populating the disclosure schedule, based on information the Seller previously shared. Ultimately, the Seller remains liable for an incomplete disclosure schedule; however, SCF will be a proactive partner during the closing process.

Without a dedicated data room for both parties (and all of their third party representatives), M&A is dreadful. Disorganized Sellers and Buyers oftentimes have project documents stored in Dropbox, Box, Google Drive, email, etc. Closing can be delayed by days or weeks as both parties attempt to track down previously circulated documents, while third party representatives (legal, accounting, engineering, etc.) only have limited access to documents. SCF has mitigated this trap, by utilizing a data room within the SCF Suite, where all project level data is originated. All documents required for closing are organized and easily accessible. The SCF Suite allows Sellers to auto populate SCF’s closing documents (from SCF’s templates), which reduces the transactional burden tied to each closing. SCF’s due diligence and closing checklists are automatically populated to simplify the closing process with its Sellers.

Making exceptions during diligence as a “favor”

No Buyer wants to admit it, but everyone does it. To maintain a strong relationship with a Seller, the Buyer may waive certain due diligence requirements until a later date, or completely remove the obligation. In isolation, these waivers don’t have a significant impact on the bottom line. However, if a majority of the assets acquired from a Seller have critical diligence requirements waived, then the overall portfolio carries more risk.

The above list merely highlights some of the traps C&I Buyers must avoid during M&A transactions. This is the first entry in a series of posts dedicated to M&A. Have a solar project worth acquiring? Contact us today at inquiries@scf.com.