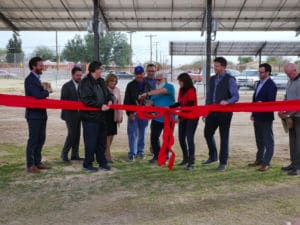 With energy costs on the rise, renewable energy is shifting from a luxury to a necessity for many organizations. What once was a costly process, has now become a seamless and affordable option for schools and universities, thanks to the increasing accessibility of solar power purchase agreements (PPAs) and solar service agreements (SSAs).

One such organization, Sunnyside Unified School District of Tucson, AZ, recently saw its 20th of 24 solar installation sites come online in September, with the final two expected to be completed in 2020. The district will be able to enjoy the benefits and energy savings from all 24 sites immediately, despite having spent no money upfront. They expect to save nearly 50 million dollars over the course of the SSA term (20 years), in addition to covered parking for employees and parents. 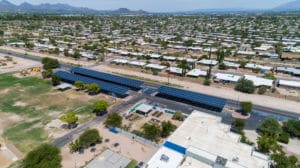 The process began in 2016 when SUSD started soliciting bids for solar installations on its numerous locations. A project of this size can be challenging to get off the ground, primarily due to the small number of contractors specializing in these kinds of more extensive, commercial-scale projects.

After reviewing bids, in 2017, the contract was awarded to SunRenu, a Phoenix-based developer, with an existing relationship to SCF, having worked together on a 2.2 MW church portfolio. When SunRenu was awarded the SUSD portfolio, they needed a finance partner that was reliable, quick to act, and flexible enough to navigate some remaining challenges. SCF was able to offer SSA rates at substantial savings to SUSD, and keep the project moving.

SCF’s focus on nonprofits, as well as its standardized process, helped accelerate the development timeline, breaking ground in 2018 and finishing the first five locations by December. Construction maintained this pace in 2019, with 17 sites expected to be operational by the end of the year. The final two locations to be completed are also the largest, slated to be completed in 2020. 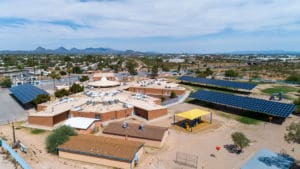 2017 was a turbulent year for the solar industry. With new steel tariffs in place, as well as module and inverter tariffs, the 100% carport SUSD portfolio needed some creative adjusting to keep the impact on the school’s savings minimal. With SunRenu’s help, efficiencies were found within the construction process to keep the numbers working and the project moving.

Another issue that SCF was critical in overcoming involved the real estate diligence at twenty-four locations. SCF’s team worked with the local council to ensure that the systems would not interfere with any statutes, bylaws, or bond documentation. The SCF team also worked with the utility to acquire easement consent and ensure designs were compliant with mineral regulations and environmental checks. 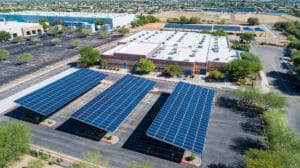 While putting together this piece, SCF had the pleasure of speaking with Cindy Bova, Project Manager of Energy Efficiency at SUSD. Cindy was crucial to the success of this project, and we’re excited to share her thoughts on the PPA process.

Q: What were some of the driving factors that lead SUSD to pursue solar?

A: Energy costs loom large in a school district’s budget and represents the second most significant operational expense after personnel. With limited capital and aging infrastructures, we began by focusing on projects that would benefit our taxpayers by reducing energy expenditures by retrofitting our HVAC systems. Utilizing Performance Contracts, we blended short term paybacks for small changes for big savings such as lighting retrofits and controls, motor variable frequency drives and web-based HVAC controls, motion sensors, with long term paybacks such as chillers, towers, and rooftop replacements.

To further our savings district-wide, we maximized rebates. We also entered into a Performance contract on water savings by upgrading all of our district restroom fixtures and upgraded some of our irrigation systems, switched to reclaimed water where available, and upgraded some of the control systems.

We also ran a successful behavioral energy savings program with our students and teachers.

Once we had a handle on all the savings available in our buildings and on our grounds, we entered our final pursuit of acquiring solar at each of our school sites to become more sustainable and maintain being responsible to our community’s stakeholders.

Q: Could you describe some of the challenges you managed to overcome during the process? 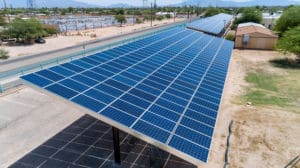 A: After the initial design was put together by SunRenu, we scheduled staff and community meetings at each school then presented a powerpoint presentation to show where the placement would be for the solar structures, and the amount of savings each school would benefit by installing solar at our sites. Everyone had an opportunity to ask questions, give input, and have to buy in before we proceeded. Having to cut down trees was their biggest concern. From a carbon offset standpoint, the solar array is a big win as it saves more carbon in the long run.

Q: What advice can you share with other school districts looking to adopt solar?

A: We feel that it’s fiscally responsible to go solar. Installing solar enables school districts to run on clean energy while at the same time combating greenhouse gas emissions and global warming. In addition, especially with on-site solar installation, it reduces dependence on outsourced fossil fuels and promotes renewable energy use on our campuses.

building critical thinking, problem-solving, and collaboration skills. It also helps build a foundation for further studies and careers in engineering and technology

Q: Besides the savings, what are some other benefits that you anticipate from solar adoption in the future?

A: With the installation of the solar structures, we gained covered parking in our parking lots, protection from the sun on some of our playgrounds, and shaded areas on some campuses for students waiting for buses or parent pick up without having to endure the hot desert sun.

Q: How many school districts across the country do you see going solar in the next 5 years? Would you recommend a solar PPA for them? 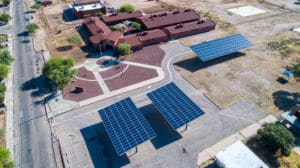 A: The upfront costs of the majority of school solar projects are funded through power purchase agreements, which allow a solar company to install panels and sell the power to the school. For most schools and districts, this is the only way they can afford to get

into solar for their sites. This is advantageous to many school districts to help move into the future and be a good steward of the community. I see many more districts entering the solar movement.

The primary advantages are no or low upfront capital costs. The developer handles the upfront costs of sizing, procuring, and installing the solar PV system. Without any upfront investment, the school can adopt solar and begin saving money as soon as the system becomes operational.

Schools can reduce their own risk, and the developer is responsible for system performance and operating risk. 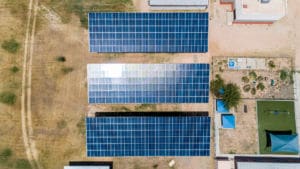 The team at SCF is proud of the entire SUSD portfolio, which will result in massive savings for the district over the course of its SSA term. Solar arrays send a powerful message to students, faculty, and the community, and show a genuine commitment to sustainable practices.

SCF is actively acquiring & developing projects with many kinds of nonprofit, C&I and utility-scale off-takers. Please contact our team to learn more about our solar PPA options for schools, universities and other nonprofit organizations.