Why Most Organizations Haven’t Gone Solar Yet

With deployment booming, construction prices dropping, and legislative support growing, the commercial & industrial (C&I) sector seems ready to explode over the next decade. Despite all of that, C&I solar only accounts for 10 percent of its total addressable market. Some questions jump to mind when examining this number: why haven’t more organizations taken the plunge yet? What are some roadblocks to solar adoption that have slowed progress? And most importantly, how can C&I solar developers and EPCs more easily tap into the complex market of commercial and non-profit solar?

State of the C&I Solar Market

According to NREL experts, the midscale solar PV market, roughly defined as projects between 100kW and 2MW, has not kept pace with the rest of the PV market over the last few years. A recent study by Wood Mackenzie and Station A found that on-site solar is present on merely 3.5 percent of all commercial buildings in the US. Another 1 percent were found to use off-site solar services such as community solar. 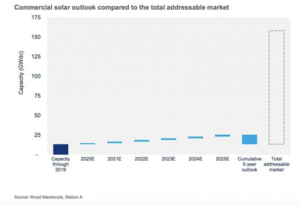 As Adam Jordan of SolarPowerWorldOnline.com writes, “The study’s authors analyzed the remaining market and found approximately 70 percent of commercial buildings, or more than 600,000 sites, remain as prime targets for solar projects. This figure excludes commercial buildings that lack the space for an on-site installation and those without the electricity needs to make solar a cost-effective option. The study estimates the remaining sites have the potential solar capacity for around 145 gigawatts. To put this into context, as of the end of 2019, the United States had around 71.3 GW of installed PV capacity.”

Given the massive amount of potential, as well as the benefits and savings that solar has been proven to bring organizations, what is holding the US back from a C&I solar boom? 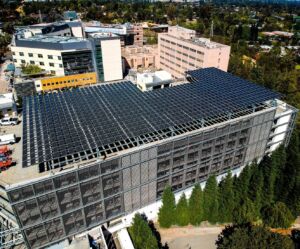 When solar energy is mentioned, most people will immediately think of a residential roof installation, like they’ve seen installed in their neighborhood. Or they might think of the massive utility-scale solar fields that they drive past on the highway. Most don’t think of industrial roof space, office parking lots or garages, despite these spaces often presenting the perfect opportunity for energy savings through solar.

Despite the incredible potential within these areas, tenants and property owners will need to be exposed to more information on the benefits of going solar in order for the C&I market to keep pace with residential and utility-scale solar. This will take time, and having access to customized informational documents such as proposals and term sheets can make the process of educating potential off-takers much easier. 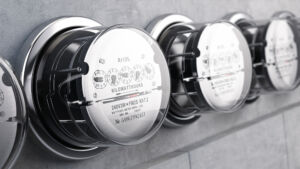 On average, commercial electricity prices have remained around 15% lower per kWh compared to residential prices. This presents a challenge for many installers when trying to maintain margins while selling to commercial off-takers, and is one of the reasons why a minimum project size exists for many C&I solar financiers.

The SCF Suite can be very helpful for developers in addressing this challenge, due to the number of variables that can be rapidly iterated upon within the Quick Quote calculator, in order to gauge a project’s economic potential. There are often a number of secondary variables such as added storage that can be shifted around in order to reach a suitable level of energy savings for the customer, although many of these variables may not be apparent without a resource such as the Suite to iterate upon.

Owner-occupied buildings are simply much easier to finance when it comes to Power Purchase Agreements (PPAS). When this is not the case, it results in a “split incentive”, in which the owners who are deciding on whether to enter a PPA are not paying the electricity bills themselves, or have lease terms that are often 5-10 years (with most PPA terms being 15+ years) resulting in less of an incentive to go solar.

While slightly more complex to get started, very long term tenants such as religious institutions can often still benefit greatly enough from the energy savings of a solar PPA to qualify. This usually depends on whether a tenant’s lease will outlast the PPA length.

Difficulty of Risk Assessment and Reduction

C&I solar PPA projects will often need a specialized third-party financing solution, due to the greater risks involved. Some of these reasons, as stated by SolarIndustryMag.com, include:

As SolarIndustryMag.com puts it, the most important of these factors is whether or not the host facility will have the financial capacity to make payments through the full term of the PPA.

Unrated energy consumers are not necessarily out of luck though, these potential off-takers can usually demonstrate their risk level through audited financial statements or tax returns. In the case of 501(C)(3) organizations or other nonprofits seeking a solar PPA, they may also need to provide historical membership data or other supporting documentation such as endowments.

Complexity of Financing and Diligence 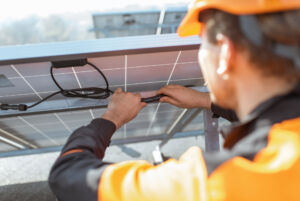 Due to the larger nature of C&I projects, as well as the previously mentioned complications, financing a project for commercial off-takers, non-profits or municipalities can be difficult. This is where SCF has attempted to eliminate many of the pain points and make C&I PPA financing a smoother and simpler process across the board.

The SCF Suite allows commercial solar developers and EPCs to iterate projects quickly and efficiently, to give customers answers and concrete options immediately. The Suite also allows users to instantly generate PPA proposals, term sheets, and other extremely helpful documentation that can help to explain the details and benefits to potential off-takers. With tools like the SCF Suite, developers can more easily take on the massively untapped market of C&I solar.