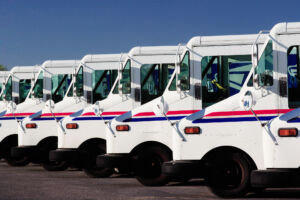 President Biden has been very busy during his first two weeks in office. He has signed over 20 executive orders undoing a number of Trump’s own executive orders and implemented several key agenda items. In addition to these executive orders, Biden has shared several legislative goals that he hopes to get passed in the coming months, now that the Democrats have a majority in both the House and Senate. His agenda relating to renewable energy, CO2 reduction, and climate change is both impressive and expansive in its breadth and scope. Based on recent reporting, here are a few of Biden’s key goals that he hopes to achieve:

Creating renewable energy in relation to when it is needed, however, is the real problem. Renewable energy sources (primarily wind and solar) only work when it’s windy and when the sun is shining. However, people use electricity during all hours of the day, and aligning renewable energy production with usage is where this plan runs into significant difficulty. The only simple path the U.S. has currently for solving this problem is battery storage, but batteries are still costly and have limited life spans. As more “giga-factories” for batteries come online, this problem will diminish, but it will take years to achieve this.

We have already covered some of the challenges that electrifying the country’s vehicle fleet would pose. The one area not covered was zeroing out carbon emissions from the country’s airline fleet. This is a very tricky problem to solve as batteries have limited capacity and are very heavy, which makes them challenging to use for flight applications. Other solutions have been posed, such as using hydrogen, but this technology brings its own host of challenges such as containment (hydrogen is the smallest element and has shown itself to be very difficult to contain without leaking), as well as protecting against its highly explosive nature. The short answer is: there is no clear path currently to solving this issue. We will have to see what new technologies are brought to bear on this problem in the coming years. 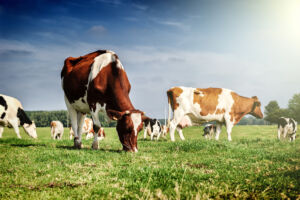 Zeroing out emissions from the Ag sector is a relatively straightforward problem to solve on the energy creation side of the equation. However, there are two specific challenges that still need to be addressed to fully zero out emissions for this sector:

Zeroing out Emissions from the U.S. Building Stock

This is also a solvable problem as many financially viable technologies are already available. Technologies such as Energy Management Systems (EMS), LED lighting and smart control systems, higher-efficiency air conditioning units are all being installed in new and existing buildings all over the country. This will continue and accelerate moving forward and probably doesn’t require additional help from the federal government to achieve.

To support the achievement of all of these goals, Biden hopes to commit over $400B in funding from the U.S. Government. This will, of course, require approval by both the house and senate, but if passed, this money will go towards incenting manufacturing companies to create cheaper and more efficient technologies to solve the issues listed above. Additionally, the market could see extensions and potential enhancements to the current Federal Investment Tax Credit program, as well as a broadening of the technologies eligible to receive the tax credit. In addition to the significant number of new renewable energy projects this program would create, the goal would also be to create 10 million high paying new jobs in the process. This would clearly be a big win for the blue-collar jobs market and would go a long way towards stabilizing the eroding middle class in America.

While Biden’s goals are certainly ambitious, the majority of them seem possible, or maybe even probable. It will merely be a question of whether Biden can get the U.S. Congress to come along for the ride?