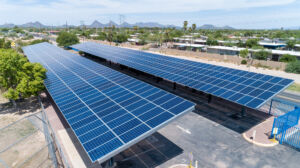 Change is in the air. A seismic shift is taking place in the world of U.S. renewable energy and carbon reduction. The factors causing this shift are numerous but are all beginning to work synergistically. With the recent election of Joe Biden, the U.S. has reentered the Paris Climate Accords. Additionally, Biden is setting a goal of electrifying the entire U.S. fleet of vehicles, and for the first time, car manufacturers are in support and want a voice in how to reach this goal. In recent years, the major stumbling block to most renewable legislation has been the Republican party, which has remained steadfastly aligned with the gas and petroleum industry. Since the recent election, Republicans have lost the majority in both branches of the legislature and the executive branch. This may provide a significant window of opportunity for the Democrats to push forward substantial legislation supporting renewable energy and infrastructure.

When President Trump pulled the U.S. out of the Paris Climate Accords, alarm bells went off across the international community. The U.S. is one of the leading carbon emitters, making up more than 15% of total worldwide emissions. If the U.S. was not going to be part of the solution, then many thought the international consortium’s efforts would never reach any of the proposed goals that were agreed upon. In previous administrations, the world often saw the U.S. as one of the primary nations leading worldwide carbon reduction efforts. In the past, the U.S. has been a key driver in convincing other substantial carbon-producing nations (like China and India) to get in line with carbon reduction efforts. When Trump broke from our previous stance, it was seen as a betrayal and a potential reset for the international economy. Biden’s reentry into the Climate Accords has been seen as a very positive and stabilizing move. Still, it will take time for the international community to see the U.S. as a trusted partner in these future efforts.

Electrification of the U.S. Vehicle Fleet 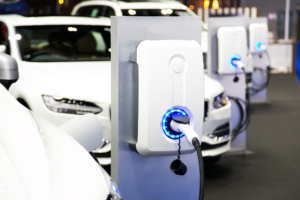 In 2008, new President, Barack Obama, met with the three largest U.S. car manufacturers (Ford, GM, and Chevrolet) and informed them that his energy advisors stressed that the future of car manufacturing would be based on electric drivetrains. President Obama saw this as a massive opportunity to create a technical advantage for U.S. car builders if they could invest strategically in Electric Vehicle (EV) technology early and get ahead of the rest of the international market. Their response was unanimous, “They weren’t interested.” This response stemmed from two primary issues:

1. The economy was reeling from the 2008 “Great Recession,” and car manufacturers were not immune from this. With the capital markets freezing up, the stock market crashing, and job losses exploding exponentially, people were not in the mood to make large purchases like a new car. The car industry was on the brink of bankruptcy, and the last thing on their mind was spending money on new technologies like EVs.

2. Secondly, the car manufacturers had done their own focus groups that determined the market was not ready for EVs in 2008. The battery technology for the EV market was still in its infancy, and potential driving ranges for economical cars were in the 100-200 mile

range, which was well below what consumers were used to at the time. Additionally, EVs were expensive and, in most people’s minds, untested. For all of these reasons, the car manufacturers did not believe there was (or would be in the short to mid-term) a robust market for these vehicles. It turns out that they were right. It took another ten years from that time for the EV market to really begin turning the corner and become mainstream.

Obama saw the numerous challenges that lay ahead but still felt that some small investment at the time would pay dividends down the road. His approach was to tie Federal financial rescue dollars for the car manufacturing industry to spending a minimal amount of their budget on researching batteries and advanced EV drivetrain technology. Since it typically takes about a minimum of 8 years for a car company to develop and produce a new car (based on known technologies), the President figured it would take 10+ years to begin building cars based on an entirely new drivetrain technology. It turned out that President Obama was also correct, and we are now starting to see some of the fruits of his labors.

Fast forward to today. Within Biden’s first two weeks in office, he reached out to the same big three automakers with his goals for electrifying the entire U.S. fleet of vehicles, and to his surprise, not only were they open to the discussion, but actively wanted to participate in shaping future incentive programs, needed infrastructure upgrades, and roll-out plans. Why the about-face? Because their focus groups told them that the country was finally ready to start buying electric. Driving ranges for new EVs has more than doubled from 100-200 miles in 2008 to 200-500 miles now. These are ranges that do not scare typical drivers. Additionally, almost everyone has seen a Tesla EV by now, so the technology does not seem as foreign or untested as it had been in the past. Every major car manufacturer has released at least one EV or is about to in the coming year, and we are about to see a hockey stick increase in EV sales.

The primary forces aligned against the adoption of renewable energy have been fossil fuel producers for obvious reasons. They own trillions of gallons of oil and natural gas in the ground that has yet to be secured and sold. Every step taken towards renewable energy is a step further away from the fossil fuel companies monetizing those assets. Fossil fuel producers have spent untold millions of dollars on marketing in their attempts to convince the world that climate science is inaccurate, inconclusive, or even worse, self-serving for the science community that does the research. Most probably wouldn’t buy the idea that people get into the field of environmental research for the lucrative paychecks. If money is the ultimate goal, most would agree that environmental research would not be in the top 100 potential professions.

What’s interesting is that while the petroleum industry has spent an enormous amount of money trying to slow down the adoption of renewable energy, their efforts may finally be reaching a crossroads of sorts. The fossil fuel industry is on the ropes right now. Exxon, which

was the largest company globally by market capitalization in 2010, has seen its stock price drop by more than half in the past 18 months. This is true of almost all of the major oil and gas producers in the U.S. The petroleum industry showed billions in losses in 2020, entirely due to lack of travel driven by Covid 19, and are only now beginning to show minimal profit levels. Given the recent upheaval, how much money will this industry be willing to spend fighting renewable energy adoption? We will see in the coming years.

The winds of change are in the air, and the renewable energy industry is unfurling its sails to take advantage. If Biden successfully gets his $400B renewable energy support package through congress, we will see massive growth in renewable energy and EV construction projects. Even if Biden is unsuccessful or can only garner a portion of his $400B target, the recent expansion of the Investment Tax Credit program (for an additional two years) will supercharge new renewable projects. SCF sees a bright future ahead for solar, storage, and EV markets.