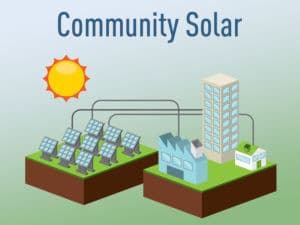 While the solar industry has experienced a record-setting first quarter in 2019, one sector of the industry is receiving more focus than ever before: community solar.

What is community solar? Often referred to as a shared solar power plant, or solar garden, community solar is a collection of companies, institutions or households that share electricity from a solar generating facility. Owned by either the community itself or a third party, the system often proves a desirable option for companies or communities seeking clean, lower cost energy.

Many buildings or complexes can be unsuitable candidates for solar for several reasons – tenants often rent or lease facilities, are not in a suitable position to receive adequate sunlight (due to trees or other surrounding buildings), or they lack sufficient roof space for solar (think high rises). Community solar has many benefits, such as the ability to bring clean energy to lower-income communities and the ability to pair with microgrids & storage for a more efficient and reliable grid.

Why Is Community Solar Trending Now? 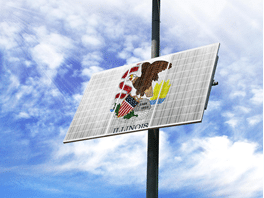 With 43 states hosting community solar projects in 2018, and the total amount of generation expected to jump over 3 gigawatts in the near future, community solar is now growing at a faster pace than ever. Both interest and awareness have also continued to increase, with Google Trends showing a sizeable jump in related searches over the last few months.

What is spurring all this intense interest? There are a number of states that have passed legislation to expand community solar programs:

What’s Next for Community Solar? 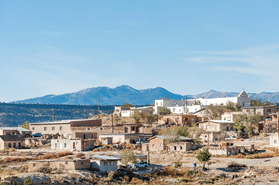 Native American lands can provide nearly 17.6 terawatt-hours (TWh) of potential solar power. Considering the sum of U.S. utility-scale generation was 4.2 TWh in 2018, this is an incredible amount of potential for what are often communities with unreliable access to clean energy.

Federal funding has assisted some tribal communities in accessing renewable energy; however, a combination of public and private funds has become a more practical approach to capture solar potential in these communities.

A few examples of this type of public-private partnership include California’s Chemeheuevi Tribe, which recently finished a solar microgrid to power its community center, preventing regular power outages and fighting against rising energy prices. The tribe also completed a new multi-family solar array. Another example is Colorado’s Ute Mountain Tribe, which recently started work on a 1MW Community Solar project that will cover the tribe’s 100% renewable energy target. 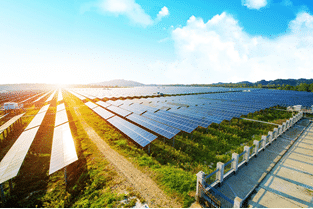 “CSD is excited to have the opportunity to pilot new program models like community solar to help ensure that the investments the state is making to fight climate change continue to benefit all Californians,” says Linné Stout, CSD director. “The innovative projects that are being funded under the Community Solar Pilot Program will deliver financial savings to low-income households that otherwise can’t be served by existing solar programs while also reducing greenhouse gas emissions.”

These programs also offer a new option for Municipalities trying to meet clean energy goals while allowing them to target low-income communities in an impactful way.

Why Choose SCF for Your Community Solar Project?

With a considerable amount of experience working with community solar developers and other large entities such as municipalities, school districts, and more, SCF is the ideal finance partner for community solar projects.

SCF is actively acquiring community solar projects from developers at various stages of development. Contact us now to learn more.