On October 10th 2017, US EPA Administrator Scott Pruitt signed a proposal to repeal the Clean Power Plan, a rule established during the Obama administration attempting to corral carbon emission from the power sector. Pruitt did not suggest a replacement policy, but merely asked the industry to craft an updated carbon rule. Pruitt’s focus would be on internal improvements to coal-based power generation vs requiring utilities to offset their carbon emissions through Renewable Energy Credits (RECS).

As the DOE, EPA, and FERC all deal with the policies behind coal-based generation, the economics are becoming increasingly challenging for Coal plants to compete with other generation sources. A report by the Union of Concerned Scientists disclosed that roughly 25% of all remaining coal plants are expected to close or convert to natural gas. An additional 17% are at risk for early retirement due to natural gas generation. Many more will struggle to compete if there are changes in fuel or operating costs. From 2008 to 2016, the coal component of the US generation portfolio went from 51% to 31% mostly due to market forces (affordability of natural gas & renewable energy resources). A real-time example of this is with Luminant, a power generation business, that plans to retire it’s coal-fired plant in Monticello, Texas in January due to market economics, not environmental regulations.

Microsoft agreed to support a wind project in Ireland that will be the first European wind farm to integrate batteries into each turbine. The technology giant entered into a 15 year power purchase agreement (PPA) with GE to purchase all the generation from the 37 MW Tullahennel wind farm.

Since its inception 30 years ago, the Bridgestone World Solar Challenge has been pushing the needle on cars powered exclusively from solar power. Originally in 1987, the solar arrays that were used were allowed to be 8 sq meters. In 2007 that size was reduced down to 6 sq meters and this year’s race has an even more stringent requirement of 4 sq meters. Only 30% of teams complete the journey and this year’s challenge is ramping up to be the toughest yet. The first place teams are expected to complete the journey from Darwin to Adelade, Australia (1,864 miles) on Friday October 13th.

Green Charge, an energy storage solutions provider & subsidiary of Engie, an international power producer, recently announced a 3 MW–6 MWh energy storage project in Massachusetts that is expected to go online in April 2018. The project utilizes the investment tax credit by charging from the Mt. Tom Solar plant that Engie built earlier in 2017. The storage system will be owned by PNC Bank and leased back to Green Charge who will operate it on behalf of Holyoke Gas & Electric, its municipal utility customer. Green Tech Media notes that Bank interest in owning energy storage systems is nascent and bodes well for the future of financing for these types of energy solutions.

The ITC Cliff: Will solar be economically viable without the ITC? 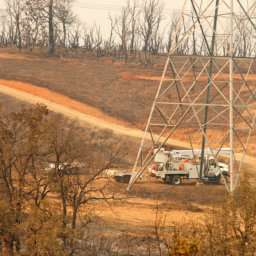 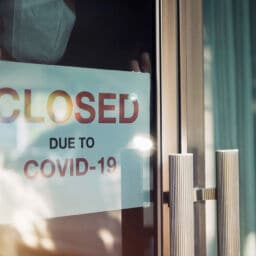