The State of Solar in NJ, and the TREC Program

The garden state has been a longtime hotbed for solar energy development in the Northeast. Its original SREC program, established in 2004, gave solar investors additional value for the energy they produced and helped boost the returns for early adopters of solar. This program along with favorable net metering rules in NJ made it one of the first viable markets for solar outside of California. Now, as the NJ Board of Public Utilities winds down its original program, they look to the Transitional Renewable Energy Credit (or TREC) program as a bridge to a more long term solution to its successful solar program. This will be an important step towards the state hitting its greater goal of having 50% of its electrical generation come from renewable sources by 2030. 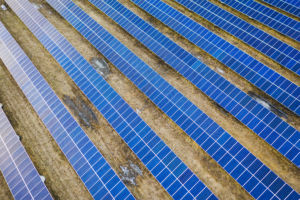 New Jersey’s TREC program opens the next chapter for solar in the state and builds upon the success of the SREC incentive. While other east coast markets have transitioned to innovative, although highly complex, solar compensation programs, NJ has found a successful formula with the SREC and wants to improve upon what’s already been working. The program is set to begin once solar energy makes up 5.1% of the state’s total electrical generation. Initially, there were concerns on the ability to hit this milestone as the COVID-19 pandemic has slowed the interconnection of new systems in the state. However, with reduced electrical demand due to the outbreak, solar was able to hit the 5.1% benchmark with the existing installed capacity. TREC is now set to begin in May of 2020 and last for 1 year until a more permanent successor program (SREC-II) is put in place.

So what’s different about a TREC, and why should developers, investors, and off takers be interested? NJ’s TREC program offers a very lucrative incentive that will compensate solar investors with a fixed $152 credit for every Megawatt Hour (MWh) of energy produced by the system. This would mean an annual compensation of $190,000 for the energy produced by a 1MW commercial installation under typical conditions in NJ. This credit applies to all energy produced for the first 15 years of the system’s operation.

New Jersey has made an additional adjustment to the original SREC program by having the energy credits be valued at a contracted rate for the entire 15 year period, backed by the state. This takes out the variability and inherent risk associated with investing in a solar project that receives RECs. We’ve seen REC markets like Maryland use variable credit compensations, where RECs fluctuated between $80/MWh and $5/MWh within the same 12 month period. This makes solar a less reliable investment for both local system purchasers, and those looking to develop in the state. NJ aims to eliminate that risk by contacting the TREC value for 15 years. 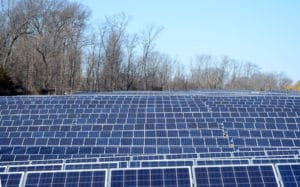 This secure revenue stream provided by the TREC has allowed solar PPA financiers like SCF to get very competitive on rate offerings. Beating the customer’s existing cost of energy is now an easier hurdle to meet, and energy offtakers will see a greater cash flow benefit from the start of their PPA. At a time when companies look to preserve capital and save money, we anticipate more solar developers will transition to selling solar PPAs over cash and debt financing options.

With these beneficial factors, NJ’s TREC incentive is poised to be a valuable bridge for the next 12 months as the state transitions to a longer-term SREC-II program. The state’s strategy towards renewable development has been designed to make the process understandable, achievable, and investable for both the TREC period and SREC-II to follow. While other states in the northeast have rolled out complex programs involving declining block incentives, varied solar values based on utility or geographic zone, and remote or off-site generation, NJ is improving what’s already worked in the state. Because of this solar is poised to play an increasingly important role in the state meeting its 50% renewable generation by 2030 target.

Below is the state of New Jersey’s official release regarding the TREC program. Here you can find specifics on REC values, terms, and applicable equipment types: