Sustainable Capital Finance (SCF) launched operations in 2013 and began providing PPA financing in 2014. Since then, SCF has financed dozens of DG solar assets, learning invaluable lessons, and adopting best practices for project execution. As we look forward to the remainder of 2020 and beyond, we see an underserved C&I market that has pent up demand for solar financing products including PPAs.

From surveying our EPC & Developer partners, we understand the value they place on having a well-planned, transparent, and expedited transaction timeline. To better deploy power purchase agreements, SCF has continued to revise and improve its’ transaction processes. Below is an updated simplified breakdown of each step in the SCF PPA process.

Through this simplified and transparent PPA process, SCF aligns all parties’ expectations and defines milestones & respective roles. This allows the project to move from the initial quote to funding in as few as 48 days. SCF also assists partners with a thorough overview of its’ proposal, including a PPA Introductory call and Q&A session with the customer.

During the past 24 months, SCF has reviewed its’ project data reaching the conclusion that having an SCF representative on introductory calls with an off taker increases PPA conversion by as much as 30%.

We hope the above outline helps simplify the PPA process for both our integrators as well as our PPA customers. If you have any questions on the outlined process or have a project that requires an expedited transaction timeline, please reach us at origination@scf.com and we will get back to you in a timely manner.

When evaluating PPA opportunities for Solar PV projects, soft costs often don’t get enough consideration. For most financiers, there’s a…

0
30 Sep 2020
Solar Securitizations: What Can C&I Learn From Residential? 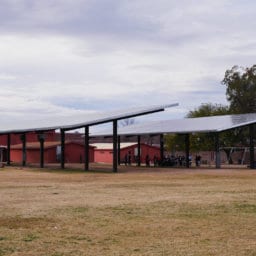 1
30 Dec 2021
The ITC Cliff: Will solar be economically viable without the ITC?