The Senate has passed the Tax Cuts and Jobs Act. Is this the next drop in the solarcoaster?

Home Blog The Senate has passed the Tax Cuts and Jobs Act. Is this the next drop in the solarcoaster?
  
By SCF News Blog December 5, 2017

Early in the morning of Saturday, December 2, the U.S. Senate voted along party lines to approve its version of the Tax Cuts and Jobs Act (the “Act”). The U.S. House of Representatives approved its rather different version of the bill on Thursday, November 16, 2017. Although the two bills now must proceed through the conference process to reconcile their differences, many predict that any bill ultimately sent to the President will largely resemble the Senate version. It is not clear how long the conference process may take, but Congressional Republicans have indicated that they intend to send a final bill to the President before Christmas, perhaps as early as December 15. Ultimately, while it appears that the investment tax credit (“ITC”) and production tax credit (“PTC”) provisions likely will not be changed in the reconciliation bill, the net effect of other provisions, particularly a new “International AMT,” may significantly chill the tax equity market that supports much of the renewable energy industry.

The PTC and ITC Provisions Are Not Expected to Change

The tax reform measure approved by the full Senate includes several changes compared to the version approved by the Senate Finance Committee and also differs in some significant ways compared to the House bill. It is important to note that while the House bill includes dramatic cuts to the PTC and more limited revisions to the ITC, the Senate bill would not change either credit program. During the Senate Finance Committee mark-up, Republicans indicated their intent to address the availability of the ITC and PTC for certain “orphan” technologies before the end of the year. Addressing energy provisions in a different tax package would relieve some of the pressure on revenues in the tax reform bill as lawmakers must stay within the budget reconciliation instruction constraints, including that the deficit may not be increased by more than $1.5 trillion over a ten-year period. 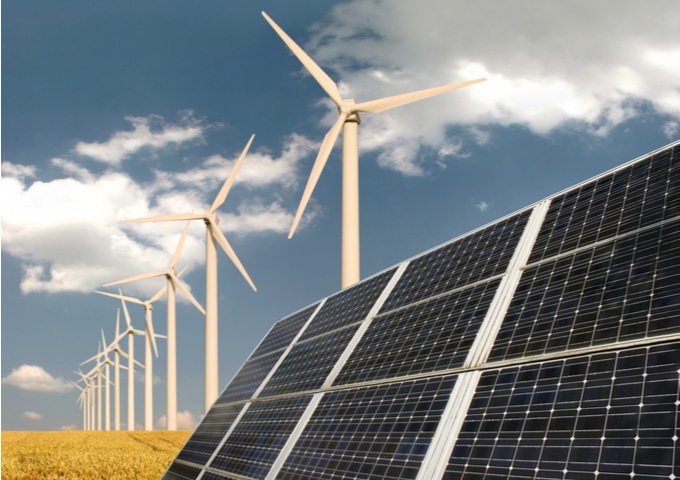 However, both bills include radical changes to corporate and international taxation that may suppress investment in renewable energy projects that qualify for the ITC and PTC.

Another base erosion provision would require a U.S. corporation to pay tax on 10% (11% if it is a bank) of (x) its “modified” taxable income, less (y) the tax it would otherwise pay without taking into consideration its U.S. federal income tax credits other than the research and development credit. A U.S. corporation is subject to this rule if it pays non-U.S. affiliates for a threshold amount of goods and services, e.g., component parts or administration, and the multinational group has gross receipts of more than $500 million on average over the prior three years (the “International AMT”). Although generally applicable, this rule would require a calculation of adjusted income that would not account for the PTC or ITC, regardless of when the PTCs or ITCs were earned. Thus, a company that is subject to the International AMT will likely be required to pay tax on income that would otherwise be sheltered by the PTC or ITC, including income that may be sheltered under the existing Alternative Minimum Tax rules. There are reports that a coalition of Republican Senators are attempting to exclude the PTC and ITC from the adjusted income calculation for the International AMT, but it is not clear that will be accomplished during the reconciliation process.

What does this mean for the renewable energy industry?

If the bill that ultimately crosses the President’s desk largely mirrors the Senate bill, it is likely that many of the very large tax equity investors will become subject to the International AMT (since many of those investors are banks, they are also likely to become subject to the higher International AMT rate). Some of those investors have indicated that they will attempt to sell their PTC and ITC holdings and will pull back from further investment. While it seems unlikely that the largest investors will completely exit the PTC and ITC market, even a partial withdrawal seems likely to cause significant turbulence in the market. While the provisions applicable to the tax equity investors that are not subject to the International AMT are more of a mixed bag, the reduction in the corporate income tax rate and increase in bonus depreciation may curb their PTC and ITC appetite.

There is a reasonable possibility that the reconciliation bill will diverge from the bills in material ways, particularly if the President’s recent statements considering a 22% corporate income tax rate are taken seriously. In any event, it seems likely that negotiations over the tax bills may convert the Suniva Section 201 proceeding into just one among several concerns for those riding the “solarcoaster” in the months ahead. At the same time, the uncertainty that the Senate and House bills create with respect to the PTC will occupy the attention of the wind industry.