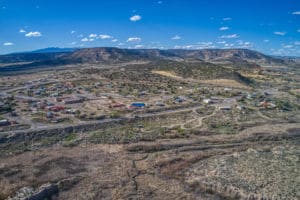 There are approximately 17.6 terawatt-hours (TWh) of potential solar generation within mainland Native American territories; over four times the current utility-scale solar generation in the U.S. (4.2 TWh). Much of this land is ideal for solar and could be suitable for Community Solar and Microgrids, due to the remote nature of many tribal communities and their distance from existing electrical grids.

Until recently, tribal communities have primarily depended on federal funding to finance renewable energy. Government resources don’t often fund project costs in entirety, leaving many opportunities untapped. There is urgency surrounding these issues, however, as approximately 14% of Native American households do not currently have access to electricity. 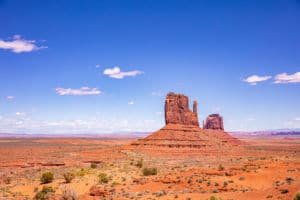 The fossil fuel industry has often been exploitative of Native American tribes. Projects such as the Dakota Access and Keystone XL pipelines have threatened sacred land as well as the health of crucial water sources. These examples serve as the latest in a history of encroachment, making commercial solar energy an ever more urgent desire for tribes looking to separate from the coal and gas industries permanently.

Many communities, such as the Navajo Nation, have seen fossil fuels fail to even support its power generation needs. In early 2019, the Navajo saw its largest coal plant cease operations, losing over 1,000 jobs and 2.25 gigawatts of power generation, despite over 70% of its community already lacking access to power. These energy production & job losses must be compensated for, and solar energy may be the solution. Recently, several tribal-owned companies such as Navajo Power have sprung up to provide off-grid solar and storage systems locally.

In many other communities, third-party energy resources prove challenging to maintain and unreliable in many circumstances. The Spokane Tribe of Washington state lost power for five days after the Cayuse Mountain Fire destroyed over 18,000 nearby acres in 2016. In addition to the economic benefits and job creation possibilities, solar could provide a way for these communities to become self-sufficient in their energy generation capabilities, no longer reliant on distant sources. 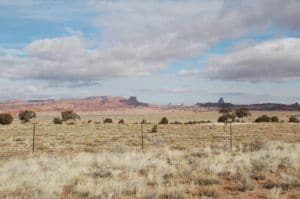 There are still potential hurdles in launching a solar PPA on tribal land, due to variances in local governance and difficulty in grid access. The benefit PPA financing provides makes it an excellent solution for Native American communities, however. As previously mentioned, federal funding is often only partial and can result in lengthy delays and project mismanagement. A PPA with a private company such as Sustainable Capital Finance instead takes advantage of tax incentives, resulting in faster and more reliable completion.

With recent additions to SCF’s offerings, a tribal solar installation could be paired with a large-scale storage solution as well, making for a more reliable off-grid solution. These kinds of solar + storage pairings become even more valuable in remote areas, where many tribal communities are located.

Contact our team today to learn more about our solar PPA options for Native American tribes.

As the US solar energy market remains a worldwide leader in clean energy mergers and acquisitions, experts predict that it…