Trends in Development and Construction Capital

As solar has continued to mature into a viable asset class, new investors have entered the marketplace. This influx of capital has increased the number of viable financing/investment options available to developers, and has created new structures for capital deployment.

Investors are deploying capital earlier in the project life cycle, looking to provide liquidity to small and mid-size developers while justifying higher returns. Dependent on the long term goals of a 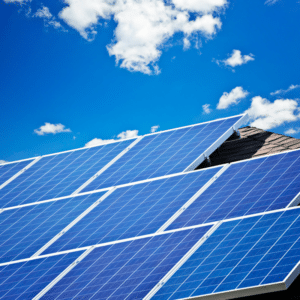 developer, this capital can come in both, debt and equity structures.

Developers can now access debt capital through development/construction hybrid facilities. These structures allow developers to recapitalize and “draw” upon their margin or equity, during development and construction. This is a great benefit for small to mid-sized developers who need to fund working capital and may not have access to other means of financing. Most debt structures will commence draw schedules effectuated by a signed PPA or equivalent revenue contract.

With an increased risk profile, these structures will often have increased security requirements and costs. Investors will likely require a belt & suspenders approach to security, requiring a pledge of project assets, project co membership interests, a corporate guaranty and even a pledge of corporate assets. These facilities often use a multiple approach to cost of capital (as opposed to an interest rate) which can be seen anywhere from 1.5-2x.

For Developers looking to recapitalize their projects due to longer than estimated project life cycles, growing budgets, or increasing working capital needs, partnership “bridge” capital is available. Investors with development expertise can offer a “cashout” scenario whereby their investment gives them control of the project, while the developer continues to develop through COD. A takeout party will buy the project pursuant to the existing take out agreement, thereby paying the bridge investor. This can be a huge benefit for developers who need to cash out and redeploy capital on the next opportunity.

As with the debt structure, this bridge equity comes at a hefty price. Most structures will see multiple based returns sized at 1.5-2x+.

Both structures are being utilized by Private Equity firms looking for higher returns in the solar market, than those of long term ownership. In either structure, the relationship between the investor and developer needs to be one of trust and transparency, as the investor is taking on a great deal of development risk. If developers have access to this kind of capital, they can aggressively pursue a greater number of projects knowing their origination efforts can be met with liquidity early in the project life cycle.

For developers looking to sell their projects, but monetize their efforts prior to commercial operation, SCF can provide a milestone based payment schedule. This is not unusual in the solar market, however, SCF will also engage with developers during the early stages of development, in order to provide the developer a firm takeout and development assistance, ensuring a bankable project.

With the solar market’s exponential growth and ascension as a viable asset class, project and growth capital will continue to be available for developers, in a variety of structures.

0
31 Aug 2021
Solar Securitizations: What Can C&I Learn From Residential?

Introduction: The state of Massachusetts has a long track record of promoting renewable energy & sustainable development; however, recent legislative…