When evaluating PPA opportunities for Solar PV projects, soft costs often don’t get enough consideration. For most financiers, there’s a general budget for each category of soft costs and that number doesn’t get reevaluated despite the nuances of a project.  Soft costs include the following: 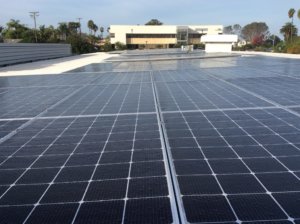 actually derail many projects financially. If a project incurs $100K in soft costs for a 5 MW project that can be built for $1.75/watt, (5 MW x $1.75 = $8.75M in total build costs), then as a percentage, soft costs equate to a little more than 1% of the overall project cost ($100K/$8.75M = 1.1%). For a 200 kW system with a $2.25/watt build cost (200 kW x $2.25 = $450K), and $50K of soft costs, 11% is added to the overall project cost; a substantial amount for a project that may be difficult to finance in the first place. If small projects have trouble creating economies of scale with regards to soft costs, it’s fair to ponder, how do residential projects ever get financed then? The simple answer is standardization. Companies like Vivint, Sunrun, and Solar City use the same contracts and don’t expose themselves to lengthy negotiations with several red-lines being lobbed back-and-forth. It’s pretty much a take it or leave it proposition. By utilizing common documentation, one of the main drivers of soft costs, namely legal support, is effectively negated.

So, how can we achieve similar soft cost reductions and economies of scale for the small C&I market? Another way of stating that would be, “How can we make small and medium sized C&I look more like the residential market?” This is the task that SCF has set for itself. Over several years and through the use of the SCF Suite (SCF’s online project pricing, and management software offered to all of its EPC and Developer partners), and standardization of processes and documentation, SCF has been able to significantly reduce costs related to legal, accounting, independent engineering and asset management . This has allowed SCF to reduce its minimum project size to 100 kW, with a focus of an even lower minimum over time. By taming the soft cost beast, SCF is able to provide financing to the sorely neglected small to medium size C&I market.

To learn more about how to partner with SCF please fill our brief partner survey.

Sustainable Capital Finance (SCF) is a third party financier & owner/operator of commercial & industrial (C&I) solar assets and is comprised of experts that specialize in structured finance and solar development. SCF has a vast network of EPCs and Developers across the US that submit project development opportunities through SCF’s cloud-based platform, the “SCF Suite”. This allows SCF to acquire and develop early to mid-stage C&I solar projects, while aggregating them into large portfolios.
SCF has standardized the diligence and transaction process, thus creating cost-efficiencies and risk mitigation, in order to solidify the C&I marketplace as an investment-worthy asset class. For more information, visit https://scf.com. Connect with us on Twitter at @SCF_News and follow us on Linkedin and Facebook!

Introduction: The state of Massachusetts has a long track record of promoting renewable energy & sustainable development; however, recent legislative…