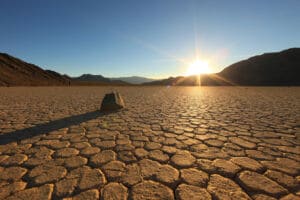 On August 16th, 2020, climate scientists in Death Valley, California reported the hottest recorded temperature on earth, at 130 degrees Fahrenheit. If verified, a process that could potentially take months, this would beat the previous record temperature of 129 degrees, also recorded in Death Valley.

While summer heatwaves are nothing new in the U.S., the fact that all but one of the top 10 record hottest years have occurred within the last two decades is evidence of an increasingly worrying trend. Climate change has become a growing concern in many parts of the U.S., with states such as California, Texas, and much of the East Coast forced to seek out solutions to counteract rising temperatures and volatile weather patterns.

Residents of California have had more than just heat to contend with this summer though, however, as lightning strikes from a wave of unusually severe thunderstorms have sparked over 600 wildfires in the northern part of the state. Raging across nearly 1.25 million acres, the fires have damaged existing grid infrastructure and contributed to the blackouts and service disruptions that many residents have experienced over the last few months.

Exacerbated by high temperatures, the energy shortages have prompted Governor Gavin Newsom to sign an emergency proclamation aimed at helping to free up grid capacity and decrease the chances of continued outages. A statewide Flex Alert was sent out on August 16th requesting that individuals set thermostats to 78°, avoid using major appliances and turn off unneeded lights and appliances between 3 pm and 10 pm. 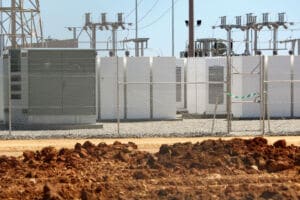 Luckily for the embattled state, what may very well be the largest single-site battery facility in the world is set to switch on in August, providing 230MW worth of energy output to the grid. Located in San Diego County, the ambitious battery project will be the first of several even larger storage facilities that are currently either contracted or under construction in the state.

It seems California can’t build energy storage quickly enough, as industry leaders have repeatedly called for additional solar-charged battery projects. Despite the fact that solar storage is still a growing industry, the California Energy Storage Alliance (CESA) noted in a recent statement that recent data “shows that energy storage has been actively helping to meet grid peak needs.” And with energy shortfalls in August shown to range between 111MW and 4,400MW, storage projects such as the 2,000MW pipeline by Capital Dynamics and Tenaska could account for nearly half of that power deficit alone.

Despite frightening headlines and the very real threat of climate change, Californians should feel optimistic that the continued growth of solar energy storage could soon make rolling blackouts and energy austerity measures a thing of the past.

Here at SCF, we have continued to expand our solar storage offerings, including the addition of a solar + EV charging program, soon to launch. To learn more about our solar + storage options and how you or your clients can incorporate storage into your projects, contact our team today. 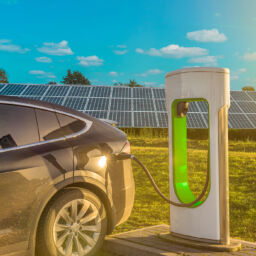